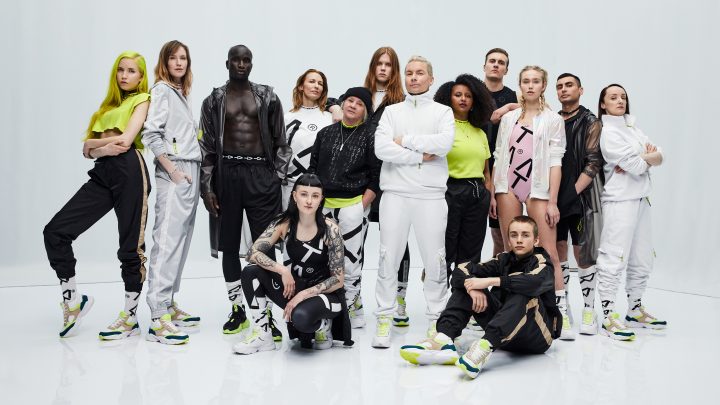 S Group, a Finnish network of companies operating in the retail and service sectors, came to us in the beginning of 2019 with a bold idea. They wanted to change the perception of their hypermarket chain Prisma, from a store selling basic and cheap end clothing to one with great style and contemporary fashion. The idea: a clothing line in collaboration with beloved national superstar Antti Tuisku.

This of course came with some major challenges. Although Antti is a pop culture icon loved by many, he’s also a very controversial artist. We needed to create a brand with an edge that would still appeal to all of Prisma’s customers, one of the broadest target audiences you can think of in Finland. With an investment of this scale, it was crucial that the line would be successful from the beginning. We needed to achieve all of this without being pinned down as just another merchandising campaign with a star.

Enter Antti Tapani — a pseudonym using Antti’s middle name, that he had used earlier for purposes other than his music career. This was the perfect opportunity to create a new, but strongly related and familiar brand that could stand fully on its own two feet. BOND’s first assignment was to define the purpose and narrative of Antti Tapani, a purpose strongly tied to the artist’s own past as someone relentlessly challenging the status quo, but also resonating with Prisma’s way of moving and democratizing the world of fashion.

Success is a really weird thing

We wanted a narrative and tagline that really connected people with the message of the brand. Something relatable across all age groups, sexualities and genders. Looking at Antti’s own career, much of his success came only when he finally dared to do things his own way, not trying to please others and living up to their expectations. We often fear things within ourselves that we believe other people would judge as weird, different, or abnormal, when in truth those very things could prove to be our best assets. In this, we found a universal truth that everything we now consider normal was once, in fact, considered strange. That great was never normal. 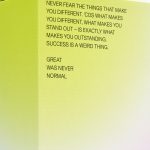 Our symbol simply became an arrow pointing up, made from the A and T of the brand name. The simplest possible expression of the idea, that by allowing your real self to shine, you enter a new world of possibilities and you grow as a human being. 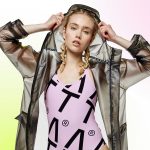 Athleisure and unisex for everyone

In addition to the brand, BOND was also tasked to design the actual clothing line itself. We collaborated closely with SOK’s team in defining a clear strategy for the line by closely monitoring current and future fashion trends. This, combined with Antti’s wishes for a brand that celebrates the best in people, became an athleisure collection combining performance aesthetics with street fashion for an active and healthy lifestyle with more than 40 unique items for first launch alone. BOND is now working on next season’s line with more great items. Stay tuned. 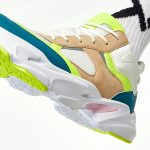 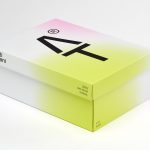 A weird campaign for weird times

Following creation of the brand itself, we were asked to plan and direct a full blown launch campaign including film production, outdoor, social, digital, campaign site, print and in-store. We needed to build maximum hype, even before launch, to introduce this brand new fashion brand. Campaign planning included careful coordination of what messages and assets to reveal at what time and in what channels to build up significant momentum. The first hints were dropped almost half a year before the main teasing phase, initiated with Antti and his producer Jurek wearing early prototypes on one of the most watched TV shows in Finland 'Vain Elämää', the Finnish version of The Best Singers series. Then came COVID-19. We had a great event with a film reveal, music, and catwalk planned as the pinnacle of the launch phase, but we had no choice but to cancel our plans. Despite initial worries, this proved to be only a small setback, as the buzz had already been successfully built up and our campaign was already largely focused on digital channels. All of the remaining budget was swiftly shifted online. 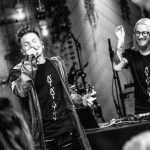 A mysterious AT symbol started appearing around the Finnish capital Helsinki in the spring of 2020. From this on we started posting similar materials on different channels, never quite connecting all the dots, but using only our tagline, symbol and 6 second videos with personal messages from our film cast. Just a few weeks before launch, Antti dropped the bomb that tied all strings together by releasing our film via his personal Instagram channel. A few days later 2 million people received a printed fold-out article in the most read magazine in Finland, Yhteishyvä (S Group member magazine). In addition to Yhteishyvä, the clothing line also received a lot of earned media, being top news in Finland on its release date. 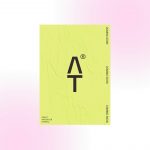 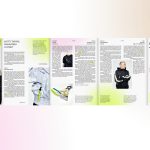 Not just paid influencers. Not just a film cast.

How do you get 30+ high profile influencers to post passionately about your brand, over and over again? First of all our campaign was set up from the beginning to be social first, with a message that resonated with people and with premium crafted content that invited sharing. We defined three levels of participation. First, The Inner Circle, a select group of some of Finland’s biggest influencers, was invited to a closed event where Antti explained the idea behind the brand in person. A full retail space was set up at the event and our guests were told to not be modest in how many items to grab. The racks were cleared out in minutes. The second group was our models themselves, and people cast from the street, all appearing in the main film, and street cast having their own personal 6 second video shot with personal messages. Both the models and the street cast were selected not only for their attitude and unique looks, but also for their social presence. The third group was, of course, the fans. With the hashtag #greatwasnevernormal, we invited them to post their own unique looks and stories, and encouraged even more sharing by methodically reposting all their post in the Stories on the Antti Tapani Instagram channel. 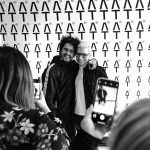 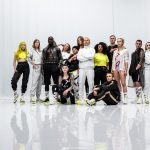 BOND built a sleek and simple campaign site to bind all touch points together: a simple website with just one little detail setting it apart from all other campaign websites. To see the content you have to “scroll up”.

Prisma has very strict rules on how products can be displayed. To get the attention needed for the new clothing line, BOND created “AT islands” within the clothing areas, taking full use of all our brand assets to visually pop out in the myriad of patterns, colors and product “noise” in the large hyper markets. 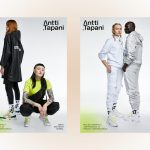 The collection boosted the clothing sales of Prisma’s online store, Prisma.fi, up by 17 times compared to last year. The marketing efforts also paid off, as 55% of Finns recalled seeing Antti Tapani advertising, and of young women (under 34) as many as 83% remembered seeing the advertising. Overall, the campaign had a massive impact on the image of Prisma as a place to buy clothes among young people. Under the age of 34, it sparked buying interest by as much as 34 percent. Great is indeed not normal. 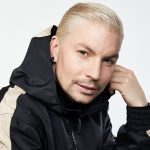 “I love working with BOND. You just know that you are in good hands. They always have a clear vision, are incredibly creative and above all a really friendly bunch of people.”